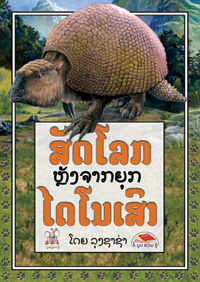 The dinosaurs may be more famous... but the mammals that lived after them, and which often became extinct before the first humans appeared (or sometimes because of that), are equally fascinating.

Here are more familiar animals such as the mastodon; and also some that are less known. Glytodon was a giant mammal, though it looked more like a tortoise. Early humans may have killed these animals, then used their shells as huts.